A Man Dedicated to the Study and Advancement of
Arabic Writing

A Man Dedicated to the Study and Advancement of Arabic Writing 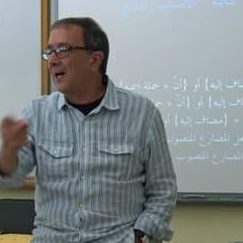 Dr. Waheed Samy (1950-2011) earned his B.A. in English from the American University in Cairo (AUC) in 1974, then in 1980, he obtained a Master in Teaching Arabic as a Foreign Language (TAFL) also from AUC. Later in his career, he earned his Ph.D. in Arabic language and literature from the University of Michigan.

He was a superior linguist, a serious stylist, and an outstanding teacher. During his tenure at AUC, he taught a wide variety of subjects at all levels within the Arabic Language Institute (ALI), the Arabic Language Unit (ALU), and the Center for Arabic Study Abroad (CASA). Among these, one might especially note his courses in composition and translation.

In 1999, AUC Press published his Arabic Writing for Style: al-Kitaba wa-l-uslub, a manual for intermediate students that offers a glimpse into his pedagogic insight and finesse. Teaching and writing were not Waheed’s only talents. He was also a capable and innovative administrator, serving for several years as director of the ALU intensive summer program.

In the mid-1980s, he became increasingly interested in the possibilities that the marriage of technology and pedagogy offered the field, and, having worked assiduously to become fluent in the medium, it was at his hands that technology became an integral part of teaching in the ALI. By the time he left, Waheed had established the ALI’s first computer-assisted language learning lab.

Fascinated by the student-centered learning environment, he authored a host of interactive materials, but he was also an educator par excellence. One of his priorities was thus to initiate a number of the ALI faculty into the basics of instructional design and technology, and he also closely mentored a core group of colleagues to ensure a smooth transition in the running of that lab.

In addition to teaching, Waheed remained extremely active in a variety of professional projects related to Arabic pedagogy. He continued to design multimedia instructional software of the highest caliber, and he was a member, then chair, of the ACTFL Annotated Arabic Guidelines for Writing Committee. 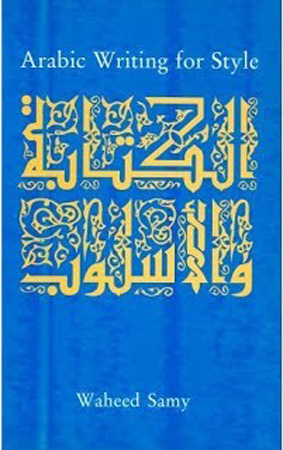